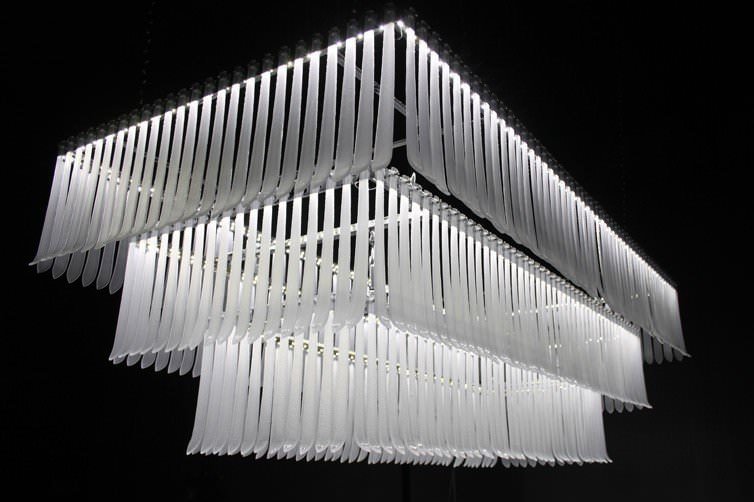 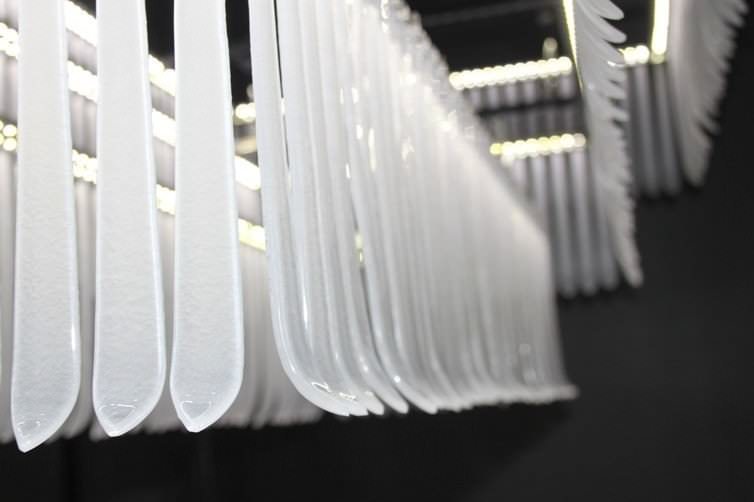 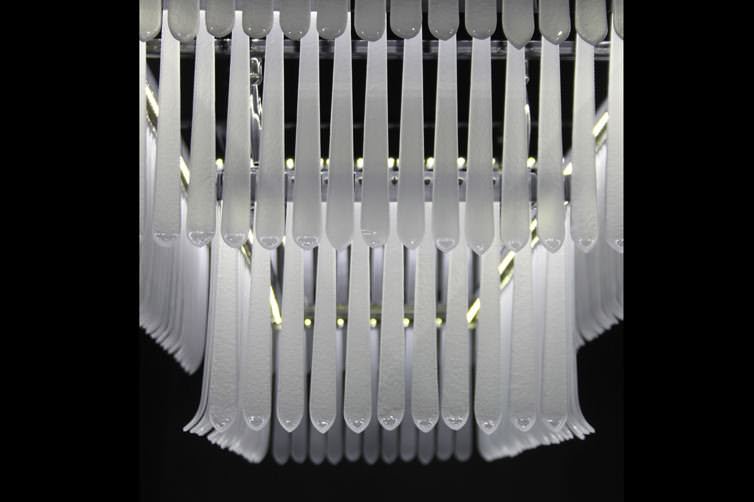 When a customer asked for ideas for a bespoke chandelier over a large table in their ski lodge Simon suggested a tiered chandelier where each dropper, instead of being a traditional crystal, should be shaped like a ski.  After a  few samples and some in-house testing, a rough frosted glass was chosen to make the ski appear to be coated in ice.

The perspective of the chandelier needed to ensure that the light was evenly spread and no gaps appeared when seated at the dinning table.  Cool white LED strip lighting was used to enhance the appearance of 'ice' on the skiis and a 3 tier chrome plate frame was designed.

The result is stunning!  We love it and hope you agree.

LIGHTING A KITCHEN WITH UPTON PENDANTS