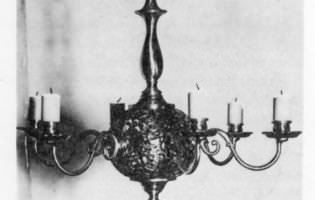 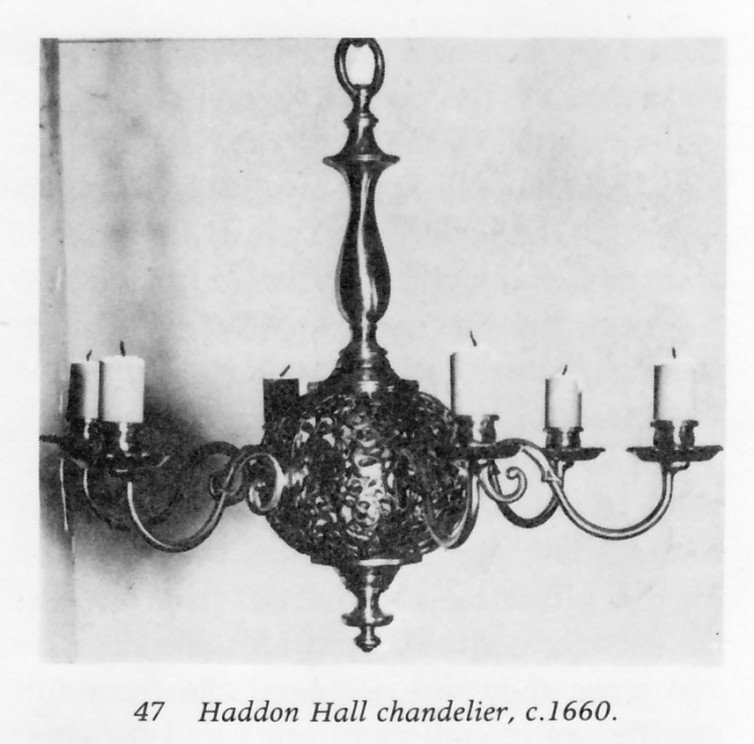 It’s very exciting for us when we get an antique chandelier in the shop that we can date specifically. The Haddon Hall chandelier is one such piece.

During the reign of James I in the early 17th century, a fresh outlook on fashion and furnishing looked to the continent for inspiration.  Solid silver Dutch chandeliers were imported and lavishly dressed with rock crystal.  English chandelier makers began copying these Dutch designs, incorporating their own preferences for stem shape and arm style. 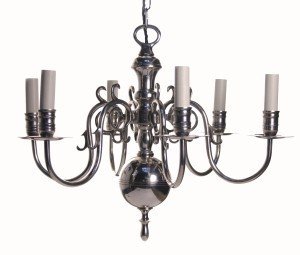 Through the 1640s civil unrest caused many wealthy families to take residence abroad and withdraw their funding to the arts.  As theatres closed and art and literature were outlawed, developments in design ground to a halt.  Expensive light fittings were confiscated for their gold and silver, or concealed or smuggled out of the country never to be seen again.  Dutch style chandeliers remained as they were sympathetic to the Puritan outlook, but were sometimes painted white to conceal the rich appearance of their metal.

When Charles II took the throne in 1660 returning from exile on the continent, he restored the arts to their former place in society.   Gilders, chandelier makers and architects returned to serve the demand of the well-travelled court and aristocracy.  Craftsmanship and flamboyance once again reigned supreme.  The familiar Dutch style chandelier was still being produced although in finer form, but it is this period of the late 17th century that sees a departure from the austere and subtle classic Dutch style to a highly decorative expression of skill in craft and design.

The Haddon Hall chandelier is typical of this period, and its significance lies in that it was the first departure from the familiar Dutch style.  It has fine S-scroll arms and an open work body sphere.  The matching sconces mirror the slender proportions of the chandelier and have the same open-work back plates.  Another departure from the Dutch chandelier was in the attachment of the arms to the body rather than the stem. 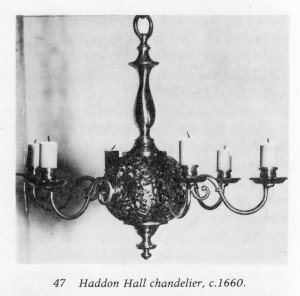 This historical design of light fitting was continued right through to Edwardian times and we have a full set of Edwardian chandelier and matching wall sconces in the showroom right now.  It’s fantastic that we can give the customer who purchases these the history behind the design of the  pieces they are buying. 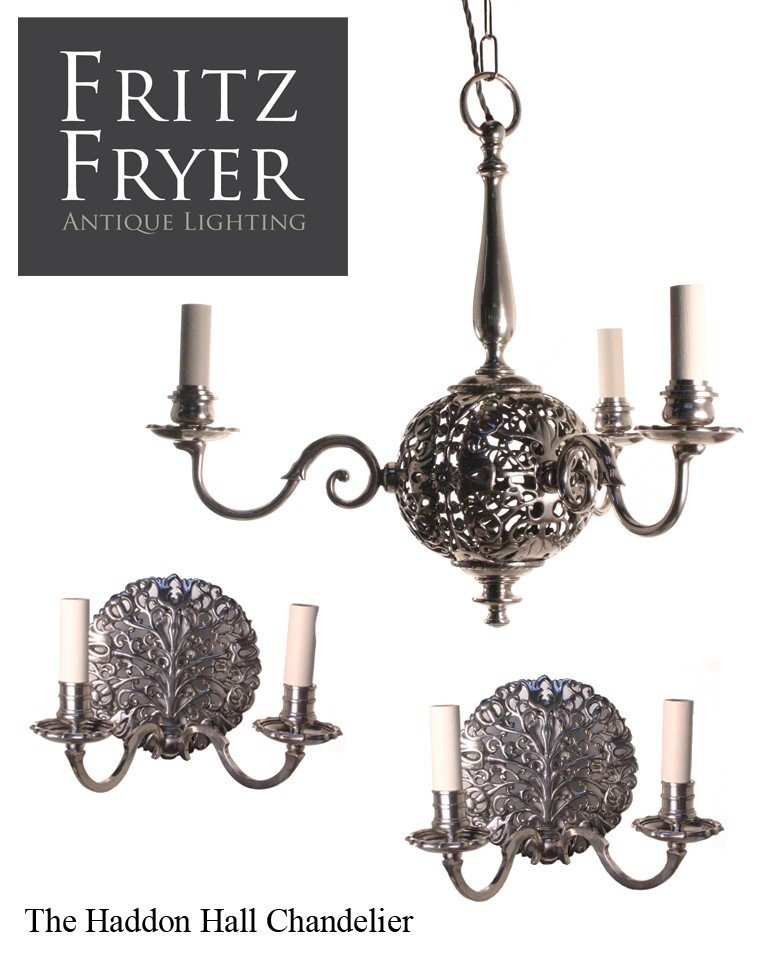