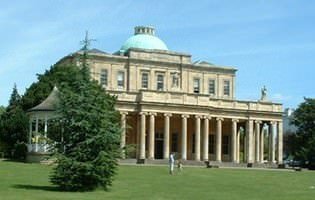 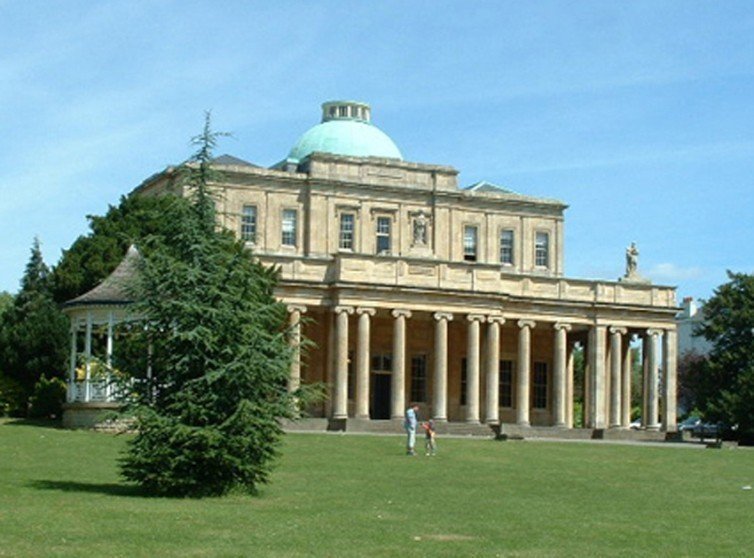 I want to update you on our latest project in the regency town of Cheltenham Spa.  We have been very lucky to be asked to restore the fantastic chandeliers housed in the Pump Room and the Town Hall.  We started on this project last week with a 4 day turnaround for the first of the Pump Room chandeliers, which I’ve been tweeting about this week.

Structures housing baths that harnessed naturally occurring hot and cold springs were established by the Romans of the 2nd Century AD.  The Roman invaders brought the ritualistic practices of bathing and drinking spa water for medicinal purposes to European shores.  Many of the abandoned baths went into ruin following the fall of the Roman Empire in the 5th century, and became responsible for the spread of disease rather than the cure for many centuries.

The practice of bathing for medicinal purposes underwent something of a revival by the wealthy aristocracy in the 17th and 18th century.  The springs in Cheltenham were not discovered until 1716 but became a key tourist attraction for the growing holiday destination.   Cheltenham became increasingly fashionable after a visit by King George III  in 1788 and the Pump Room was built in 1825 following the development of the Pittville area of Cheltenham by a wealthy local landowner Joseph Pitt. 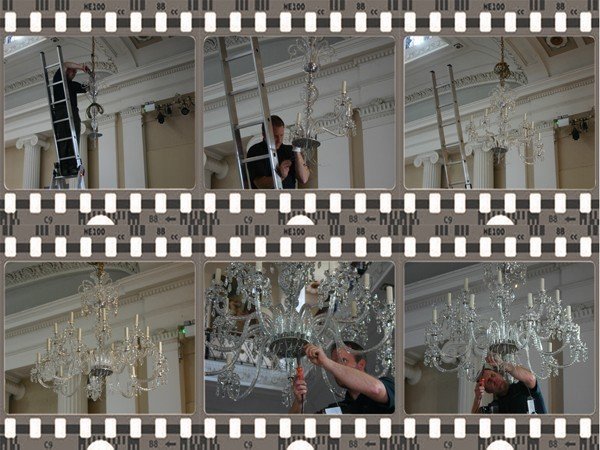 James hangs the stem of the chandelier, screws in the arms, and solders the wires together.

The Pump Room and Cheltenham Town Hall are living representations of the lifestyle enjoyed by the wealthy elite during the pinnacle of the British Empire.  The interiors of these buildings echo the power and status of the ruling class, and the decorative extravagance of the chandeliers the ultimate symbol of this power.

The chandeliers we are restoring are in the ballroom (now used for concerts, weddings and parties) and the rooms that would have been the billiard room, reading room, and library (now conference rooms).

The Pump Room is open to the public and I would heartily recommend a visit if you are in the Cheltenham area.

I hope you enjoy our step by step of how to put up a chandelier – James the workshop manager spent about 4 straight hours at the top of a very tall ladder, and I’d like to congratulate him on behalf of the Fritz Fryer team for his complete lack of vertigo, we’d be lost without him! 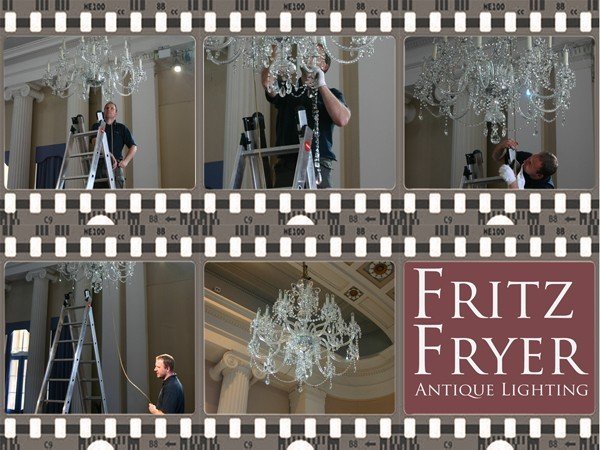 The light is tested, crystal swags and droppers are hung and voila!

WHERE DID YOU GET THAT LIGHT? SOURCING ANTIQUE LIGHTING

AN EDWARDIAN LIGHTING GEM - BEFORE AND AFTER